One of the most common questions we get is how to set up sights and optics on the MERC freefloat handguard.  This is understandable-- where there used to be very few options, now you can imagine throwing just about anything on there.  I'll deal with Low Power Variable Optics (LPVO) and night vision in separate posts.  This setup will cover the basic martial configuration of the gun.

It's useful to think about what's important before beginning.

Where and How to Mount your solution

The following text requires the use of thread locking compound (Loctite).  For a full treatment of threadlocking, see this blog article: ARTICLE: HOW TO LOCTITE

Loctite the mount to the red dot body by using Loctite 243 or whatever blue thread locker you have available.  Very light torque is required for all of these screws.  If you have an inch pound torque screwdriver, your going to be in the neighborhood of 5-15 inch-pounds.  If you don't, use enough torque to seat the screw but not so much that you start stretching it.

Loctite the screws for the sights and loosely attach the parts on the 1913 (Picatinny) rail.  When you're close to coming tight, shove the sights forward while pulling the firearm to the rear.  Tighten the screws in this location.  This removes the movement that would otherwise occur under repeated recoil, where the gun tries to kick backwards under the sights (Yes, this is a real thing).

An Alternate Recipe with the Trijicon RMR

Below is an alternate implementation using a Trijicon RMR and low mount.  One downside of this particular implementation is the lack of a QD release on the RMR. 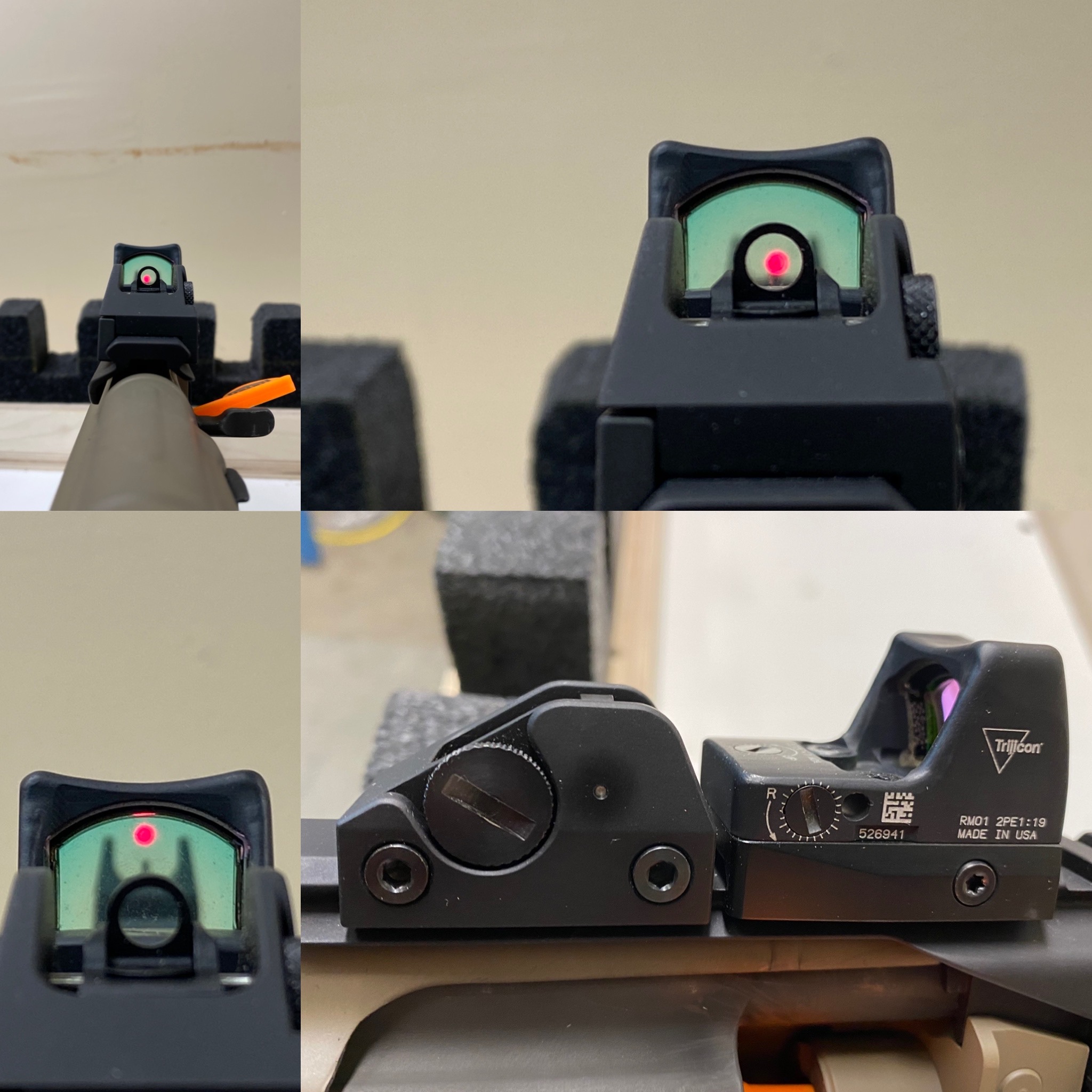 I hope this article has been helpful in understanding some of the principles and practical steps in implementing a sighting system on a modern Kalashnikov.  If you have any further questions about our products and applications, please email us at admin@occamdefense.com.  Thank you for your attention!